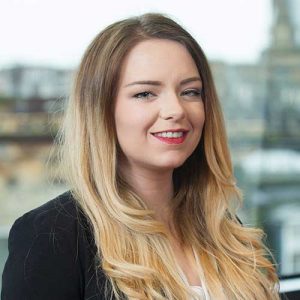 LGBTQ+ people have had to fight for equality in marriage for a long time. In 2003, when Celia Kitzinger (British citizen) and Sue Wilkinson (Canadian citizen), were legally married in Canada, this inequality became a major issue. Their marriage was not recognized in the UK and they filed for recognition.

The government responded that they could have a civil partner instead under the soon to be Civil Partnership Act 2004, but they were ultimately unsuccessful. It is worth reading the Wilkinson decision (2006) EWHC 2022(Fam)) to find out how far we’ve come in the way we view same-sex relationships. The judgement’s wording feels centuries old, even though it has been 14 years since its publication.

This law was made effective for all parts of the UK. The civil partnership gives the parties the same property rights that married couples and the same exemptions from inheritance tax, social security, and pension benefits. It also grants parental rights and responsibilities for certain types of fertility treatment. Equal responsibility is imposed for the maintenance of civil partners or children, equal tenancy rights and full life insurance recognition. Next of kin rights are also guaranteed in hospitals. The formal process of dissolving civil partnerships is similar to divorce.

The Gender Recognition Act 2004, which was introduced at the same time, gave legal recognition to transgender persons as members of the sex appropriate for their gender (male and female). This allowed for the distribution of a new certificate of birth showing their correct gender, giving them full legal recognition in that gender for all purposes including marriage or civil partnerships.

John Maguire and Laurence Scott Mackay were married in Edinburgh on the 20th of December 2005, making it the first civil partnership in Scotland. In Scotland, there have been approximately 6,000 civil partnerships since then.

The Civil Partnerships Act (Scotland), was introduced by the Scottish government almost 10 years after civil partnerships were first introduced. Most religious organizations, including the Catholic Church and Church of Scotland, were opposed to the introduction of civil partnerships. The result was that religious bodies could opt in’ for same-sex marriages within churches.

Both civil partnerships and marriages offer options for LGBTQ+ people to form formalised family relationships. This is not all. In the same month that this article is being written in Scotland, the first heterosexual civil partnership will be performed. This gives couples more options to choose the best formalized arrangement for their family.