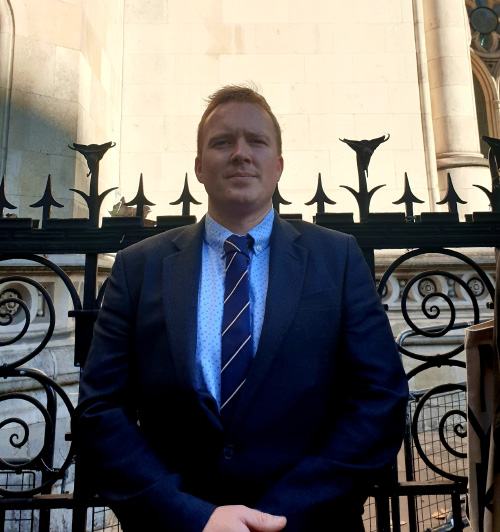 A victims’ rights campaigner is taking the European Commission to court on its short lived danger to invoke Article 16 during the EU vaccine crisis.

Solicitor Ciaran O’Hare of Belfast firm McIvor Farrell Solicitors Was instructed to deliver a judicial review into the General Court of the European Union on behalf of Raymond McCord.

Mr McCord has been engaged in litigation surrounding Brexit, such as challenges to the tripping of Article 50 and the prorogation of Parliament that were heard prior to the UK Supreme Court in 2016 and 2019.

He is seeking to get the European Commission accept openly that its decision to trigger Article 16 was unlawful, and to have and publish a clear policy in relation to the tripping of Article 16 later on.

Mr O’Hare said:”My client believes that the decision to invoke Article 16 of this Northern Ireland Protocol by the European Commission was disproportionate and unlawful and undermines the work that has happened over the previous five decades to guard the interests of the people Northern Ireland.

“While it is admitted that the Commission immediately acknowledged it as a’mistake’ and then backtracked by deciding not to activate Article 16, this’error’ has caused considerable unrest in Northern Ireland.”

He added:”Long-term damage has been done to the unstable political and social structures in Northern Ireland. It has also devalued Article 16 in that it is no more the’nuclear option’ it had been intended to be. This in turn has enabled the British Prime Minister to sabotage activate Article 16, further adding to the instability.

“In the interests of trying to reestablish the instability brought on by the Commission’s’error’, my customer asserts that the EU has to accept that the supposed tripping of Article 16 was unlawful and release its policy in regard to the triggering of Article 16 in the future”