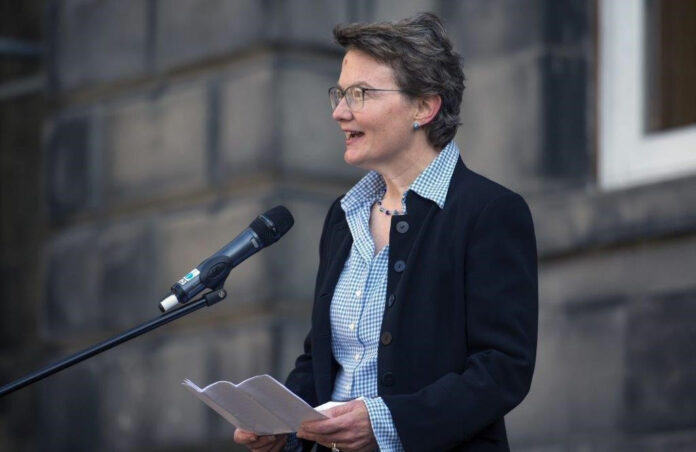 As a professor of law, one of Scotland’s judges joined the University of Strathclyde’s Law School.

Her legal career spans nearly 30 years with a special focus on commercial law.

Professor Wolffe will be demitted as a judge and intends to continue research and writing on commercial and civil law. She takes up her Strathclyde post on 20 September. In the upcoming academic year, she will also be an honorary professor at Edinburgh Law School.

She stated that she was honored to join Strathclyde Law School. I look forward to getting to know my new academic friends and students, and to contributing to the education of a young generation of lawyers. It will also allow me to write and think about law areas that interest me, and participate in the general life of the Law School.

Strathclyde Law school head Claire McDiarmid said that it was a great pleasure to welcome Professor Wolffe. She is an extremely experienced lawyer who has practiced law at both the highest levels of the bar and as a judge. Strathclyde Law School will benefit greatly from her knowledge and experience in the law and how it is applied in practice.

Professor Wolffe attended Dartmouth College in New Hampshire, University of Edinburgh, and Balliol College in Oxford. In 1992, she was licensed as a solicitor in Scotland and was admitted to the bar in 1994. She also took silk in 2008.

Standing junior counsel to Department of Trade and Industry and its successor department (1996-2008), she was a member of Faculty of Advocates Discipline Tribunal (2006), chancellor to Bishop of Argyll & The Isles (2004) and Bishop of Edinburgh (2006), procurator to the Scottish Episcopal Church (2006) and a member of Scottish Civil Justice Council (2013)-14. She is the current president of the Disciplinary Tribunal of the Scottish Episcopal Church, and President of the Stair Society.

Professor Wolffe has been trained as a mediator before becoming a judge.