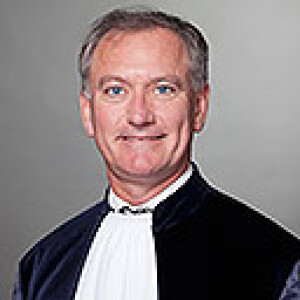 Judge Anthony Collins Was nominated for appointment as an Advocate-General of their Court of Justice of the European Union (CJEU).

The government’s conclusion in April to nominate Advocate-General Gerard Hogan for appointment into the Supreme Court seat will create a vacancy on the CJEU.

Judge Collins, currently a judge of the General Court, was nominated by ministers to see out the remainder of Advocate-General Hogan’s term, which expires on 8 October 2024.

The appointment can’t be produced by EU member states until Judge Collins has been assessed by the panel set up under Article 255 of the Treaty on the performance of the European Union to confirm his suitability for the post.

Judge Collins is a graduate of Trinity College Dublin (TCD) and the King’s Inns. He called to the Bar in 1986 and became senior counsel in 2003. He had been appointed as a judge of the General Court of this CJEU at September 2013.