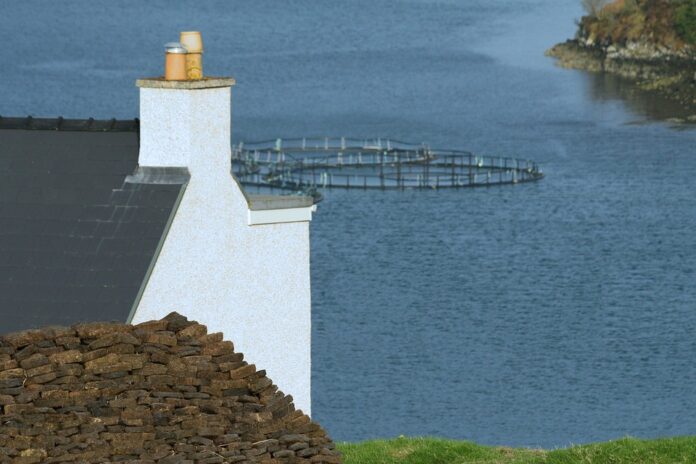 The Scottish Crofting Federation has warned that the traditional way of life of Scotland’s crofters is “almost certain to disappear” unless action is taken to control an “out-of-control” land market.

After a sale of former croft land for over PS1.5million, the body is calling for changes in crofting legislation.

The tenant of 13 Northton, Isle of Harris, is Suzanna Margaretha Vissel. She has transformed the one-hectare croft into a series of tourist chalets. There are now four letting properties available on the land. Potential buyers describe it as “a portfolio of charming cottages along the coast”.

Crofting Commission records indicate that Donald Maclean, then tenant, was granted an apportionment for 3.17 hectares in 1998. The conditions of approval stipulated that the applicant and his successors would use the area hereby allotted for poultry keeping.

Despite this, successful de-crofting applications have been made on the land.

Now, the SCF warns that this trend could threaten the existence of Scotland’s Crofters.

The Scottish Crofting Federation (SCF), in an open letter addressed to the Crofting Commission, warns that Crofting, as a unique type of regulated land management, “will be lost if it continues on its current trajectory.” The market for crofts is completely unregulated and the succession of crofts is now stagnant.

“Crofts can’t be afforded by young or local people. Many crofts go unutilized and decrofting is not permitted.” Despite all its efforts, Crofting Commission fails to manage the system or address the crisis that crofting is facing in any meaningful manner.

The SCF stated that they want all crofts to be used, and any not being used to be passed on to the next entrants.

“We want a commission empowered, resourced, and tasked to investigate and enforce breaches proactively, instead of responding only to a few complaints.

“But we are seeing many hundreds of abandoned or neglected crofts. It seems that the commission has become more of an administrator than an effective regulator of Crofting.

“We want crofts to be passed on to new entrants at an affordable price, and then used. We see young people and locals being excluded by high prices for crofts and tenancies. Also, crofts are bought by people with no intention of crofting. They are occupied only for a short time and are not used as such.

“Crofting has a controlled system. Everything in crofting is regulated, except the market for crofts or croft tenancies.”