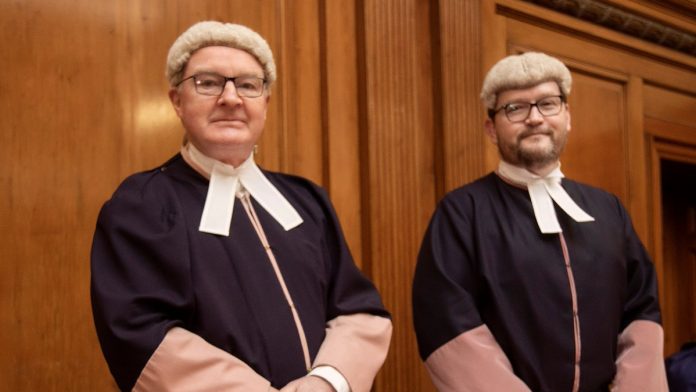 Michael Humphreys QC has been sworn into office as a High Court judge in Northern Ireland.

Mr Justice Humphreys graduated from Oxford University in 1993 and was called to The Bar of Northern Ireland in 1994. He took silk in 2011.

His practice at the Bar focused on commercial law, including construction litigation, public procurement, professional negligence and defamation. He was also the chair of the Commercial Bar Association and a member and bursar of the Bar Council from 2012-2016.

He was one of five senior barristers appointed as temporary High Court judges last January.

“Michael has been an excellent ambassador for the profession throughout nearly three decades at the Bar and his independence, expertise and legal knowledge will be invaluable to the High Court in the years ahead.

“He will be very much missed as a valued colleague at the Bar and I wish him every success as he embarks on this exciting new phase of his career.”