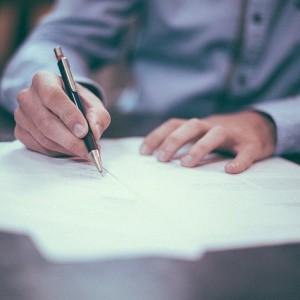 The 20th anniversary of a group formed by four Scottish law firms, to help clients and lawyers in creating standardised templates to simplify the process of buying, selling, and leasing property in Scotland.

This group produced nearly 100 documents and corresponding guidance notes. These range from simple letters to long leases and offers for sale to one-page letters.

The standard form of lease is the ultimate goal of Scottish commercial property lawyers. In 2016, the PSG published a document based on the England & Wales commercial lease. This document balanced the interests landlords, tenants, and institutional investors.

It was the first of a series of standard forms for leases of commercial property in Scotland. It began as a collaborative drafting exercise, but quickly evolved into streamlining and innovation in style and process. This was most recently connected to the digital registration of documents.

Leading figures from the real estate industry have paid tribute to PSG, claiming that it has revolutionized the process of purchasing, selling, and leasing property in Scotland.

David BartosThe?,Scottish Law CommissionAccording to a source, “The PSG has changed the way property transactions are done. It not only freed practitioners from outdated or inappropriate firm- or partner-based styles, but also made it easy for parties to’sing the same tune’ in their transactions.

Kevin RobertsonChair of theScottish Property FederationHe added, “Underpinning commercial property industry is an legal profession that has greatly benefited from the work of PSG. In a dynamic legislative climate, all parties benefit from having reliable documents. This is evident in the PSG’s stellar work on topics such as commercial leases and transition to Land and Buildings Transaction Tax. We wish to thank everyone who has been involved over the past 20 years.