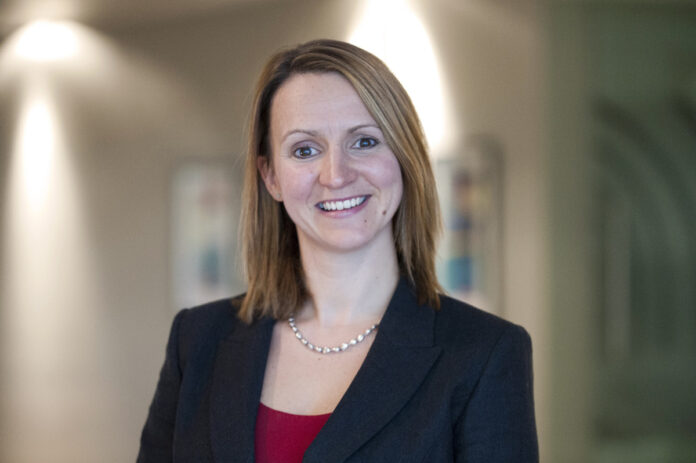 Rosalie Chadwick always wanted to be a fighter pilot but not a lawyer. However, because of her stubborn streak, she ultimately chose the second option. She will likely be successful in her role at Pinsent Masons as global head of oil & gas.

After 20 years of experience in multi-million-pound mergers, acquisitions, and capital markets deals in the United Kingdom Continental Shelf and other international energy hubs, Ms Chadwick from Glasgow was appointed to this position in May.

She has made it in a male-dominated industry and is comfortable working in a sector that is under greater scrutiny as the world strives to achieve net zero carbon emissions. The COP26 conference on climate change will bring together the best of politics and business in Scotland over the next few weeks.

Climate activists are threatening to stop oil and gas investment. They want to see a gradual transition to renewables and not more high-profile disputes.

Ms Chadwick approaches this calmly. She stated that she was confident that the energy transition would be another important development in the sector. This will benefit both our clients and us as a company.

Ms. Chadwick recalls when she was making career decisions. She said that she changed her mind about her dream of becoming a pilot. “I was interested in all kinds of sciences, maths, and analytical subjects at school so it became a debate between law and medicine. My parents were partners in a law company and said that no matter what you do, they don’t want to see you become a lawyer. At that point, the die was cast. My stubborn streak made me determined to become a lawyer.

She left her hometown of Edinburgh to pursue a career in law as a law student at the University of Glasgow. In 2000, she joined McGrigors (now Pinsent Masons), as a trainee. As a newly qualified lawyer she moved to Tbilisi, Georgia, in order to be closer to her clients.

Ms. Chadwick served a two-year term as global general counsel for an independent oil and natural gas company that had assets in the former Soviet Union, Middle East and other countries. She also managed the business’s transition to the New York Stock Exchange. She was seconded to Sir Tom Hunter’s private equity firm West Coast Capital, where she held a corporate finance position. There she managed a number of takeovers and investments in various sectors. The group sold PSN to Aberdeen-based Wood for $1 billion. This was when PSN was one of three largest UKCS services companies.

She said that her work with West Coast Capital included both corporate finance and legal roles. As its general counsel, I served as an observer on various investment companies and was also a board member. This gave me exposure to more industries, including commercial property and house builders. Although I work in oil and natural gas, it is great to learn from other sectors.

Ms. Chadwick enjoys oil and gas despite the obvious challenges or maybe because of them. Every day brings new challenges, whether it’s engineering feats or changing commodity prices.

Pinsent Masons’ strategy in oil and gas is being developed by her. She also manages the firm’s interaction with clients. Pinsent Masons, which has more than 500 lawyers and support personnel based in Scotland and offices in Aberdeen Edinburgh and Glasgow, is unsurprisingly at the forefront of much of the UKCS merger and acquisition activity.

She adds that “We are entering the next phase of the sector around the energy transition so that’s obviously an important feature of our strategy, that we’re setting up and implementing.”

Pinsent Masons, according to Ms Chadwick is in a strong position to assist clients with achieving net zero. She says, “We are fortunate because we have a well established renewables team that specialised in renewables back when it was not a hot topic.” “We are working closely with our renewables team as well as our climate change group to help us get to the forefront of various issues. We are working with clients to help them plan how to tackle the most recent twists and turns in the sector, and how to move towards net zero.

She agrees that energy transition is a major challenge and net zero is a big goal. However, she sees them as huge opportunities for the oil and natural gas sector and its supply chains. Wood and Worley, two of the largest engineering consultancies in the world, are examples of companies that are looking to shift into renewables. “We are looking into how we can help businesses see the opportunities. It could be helping companies exit hydrocarbon basins, or helping them divest higher-carbon intensity assets and reinvest elsewhere,” says Ms Chadwick.

“There are many deals to be done and a lot general advisory where we bring together our expertise around renewables, climate change and the core oil-and-gas skills.”

These core skills will still be relevant, she says, as hydrocarbon and carbon capture and storage (CCS), both require the same infrastructure as oil and gas. She adds that it is a combination of three sector skills. “We have 30 years experience in the basin across all of our firms,” she says.

As she looks at the future of the oil and gas industry, she predicts a busy year. “I look forward to getting involved in implementing our refreshed strategy. It’s an active market for deals with many complex projects.

She is involved in the fundraising of a variety of oil and gas companies. Jersey Oil and Gas, a newer entrant in the UKCS, is one of them. It’s currently working in the Greater Buchan Area to achieve the lowest carbon intensity North Sea development.

Ms Chadwick says, “My expectation is that a lot people will be looking at exiting the North Sea because many larger players don’t view it as a strategic priority right now.” Another opportunity is to work with young entrants. While I spoke about the energy transition and how businesses can pivot to renewables, we should not forget the potential for new entrants to the basin. We are well-equipped to assist the new guys.”

As the drive to net zero increases, there will be inevitable North Sea disputes. Ms Chadwick views this as both challenging and interesting. She says, “We are fortunate to have wonderful clients.”