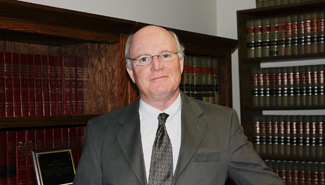 Stephen McGowan admits that licensing law can be “extremely hard to comprehend”. Stephen McGowan speaks as an expert. He is the head of licensing (Scotland), at TLT, and also the author of three books about the subject. The McGowan On Alcohol Licensing Law in Scotland aims to simplify this area.

This was not an easy task. McGowan states that licensing law is essentially incomprehensible to only a few. It’s a pity for the license holder who struggles to understand it.

McGowan is a licensed paralegal with extensive experience and a passion for licensing law. McGowan came to law late in his life. He was a paralegal in the licensing department for five years before he joined Strathclyde University to complete his part-time law degree. His enthusiasm for the subject, which would be his specialty, can be attributed to his youth as a barman.

McGowan says, “I like being on the coalface of the license trade – pouring the pints and dealing to the punters – but I also enjoy the legal and technical aspects of it.” “So I ended working for the council and then for a special law firm.”

Due to the influence of amendments made as part of the Scottish coronavirus legislation, licensing law has come under closer scrutiny. However, significant changes were already underway before the pandemic.

McGowan points out that the alcohol licensing law is one area that is politically hot. It is often changed to reflect politicians’ aspirations to make changes that address the potential problems that alcohol can cause. “In reality, there has been an unrelenting stream in change throughout the life of the Licensing Scotland Act 2005. It came into effect in 2009 and has been in constant change since then.

“Even now there have been four additional pieces of primary legislation which have substantially amended it; there are something in the order 40 to 50 secondary legislative instruments, not to mention all the jurisprudence cases law up and down the country and the thirty-odd policies of local licensing boards that change every three to five year. The licensing law is constantly changing in an undulating fashion. It is an exciting area in law, I think.

McGowan, despite his fascination, describes the Covid-19 pandemic’s impact on the licensing industry as “shattering”. The virus caused the closure of every pub, nightclub and restaurant. My clients were closing down their businesses and I didn’t know if there would be a way to reopen them. You have to ask yourself, “What clients will I have?” Is this what we are going to do?

“In terms of actual legal changes it seemed that almost every week there were some amendments to the regulations. Our clients really depended on us throughout that period because it was so hard to understand the law. It was hard to understand licensing lawyers and trades – people were getting confused.

McGowan says, “But it has been an awful time for all of us.” “Especially those who have lost their lives as a result to the virus, which makes my comments seem insignificant.”

McGowan is less sympathetic to the impossibility of licensing law, or the people he considers responsible for it, because of the pandemic.

McGowan claims that this is due to the political desire for action to curb alcohol harm. These laws can have unintended consequences, or they don’t work in practice. One example is the ban on discount multipacks, which was implemented a few years back and was supported by health groups.

“This was pointed to the government at that time, but we still possess that law on our books. This is just one of many examples that I have given in my book. I don’t think that I hesitated to criticize parliament when I feel it has given bad laws.

Some people called for an increase in minimum unit pricing (MUP), after it was revealed that there was a 12-year-high in alcohol-related deaths in Scotland in 2020. McGowan doubts that changes to licensing laws can improve Scotland’s long-standing, difficult relationship with alcohol.

To see alcohol harm, you need to understand that alcohol isn’t inherently bad. What makes people abuse it should be the focus. My view is that alcohol abusers are driven by poverty.

“So, when we come back to laws that are passed about alcohol, such as minimum pricing, these laws were designed to influence consumer behavior.” They don’t address the root causes of alcohol abuse.

McGowan says that the Scottish government has made a noble effort to reduce alcohol harms. But licensing is often seen as an easy route in which to ignore the complexity of the system. There is a distinction between licensing policy (or alcohol policy), because licensing policy allows people to sell and drink alcohol. That is the purpose of this system.

“So, from my perspective, I recommend taking the deeper approach. Don’t mess with the edges.”