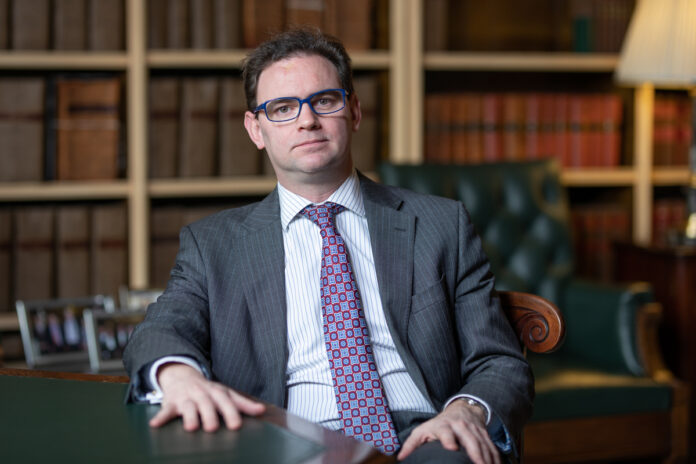 The advocate depute team will be led by Mr O’Rourke, who is just below the rank of the solicitor general and lord advocate.

He was educated at Bologna and Edinburgh Universities, and practiced law in a variety of capacities. He is a member of The Institute of Chartered Arbitrators, and is also an author – The Crown Agent was published by the Institute in 2019. From 2010 to 2013, Mr O’Rourke was an advocate depute and, from 2013 to 2017, he was a junior counsel to the Advocate General for Scotland. In 2017, he took silk.

A new position has been created for Mr. Prentice, now senior trial counsel, in recognition of his professional standing. He will also be the Crown Office’s inaugural director of advocate depute education.

Dorothy Bain, QC, Lord Advocate, stated: “I would like Alex to be thanked for his distinguished service for the past 10 years as principal crown counsel. Alex provided guidance and support to the advocate deputes throughout this period and has successfully conducted many complex and high-profile criminal trials and appeals.

“Among the many significant cases that he has prosecuted with exceptional skill and dedication, which are simply too numerous to list here, I would like to highlight the shotgun killing at the Marmion pub in Edinburgh, Surjit Singh Chokkhar’s murder, Suzanne Pilley’s murder, and the retrial for the murder Arlene Fraser. He also managed the complex and difficult trial of Rachel Fee, Nyomi Fee and Surjit Singh Chokkhar. They were convicted for the murder of their son Liam. He also led the prosecution of Tommy Sheridan, former MSP for perjury.

She said that Stephen is well-established at the senior bar and has a wealth of criminal law experience as well as acting in behalf of government, private and commercial clients. Stephen comes to us from the Faculty of Advocates. I’m confident that his expertise in civil liberties and public and administrative law, as well as his leadership skills, will help him succeed in his new role.