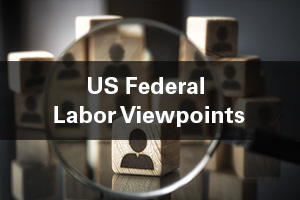 This is a weekly article spotlighting labor topics in focus by the US legislative and executive branches throughout the prior week. In this issue, we cover:

On Thursday, March 18, the Senate voted 68-30 to restrict debate on Mayor Marty Walsh’s nomination to serve as Secretary of Labor.

The Latest: Mayor Walsh was confirmed by the Senate on Monday, March 22, with a vote of 68 to 29. He is the final Cabinet-level official to be verified; Walsh was sworn-in into the position Tuesday afternoon.

On Tuesday, March 16, the Senate Health, Education, Labor, and Pensions (HELP) Committee held a confirmation hearing Ms. Julie Su’s nomination to serve as Deputy Secretary of Labor. In her opening remarks, HELP Committee Chair Patty Murray (D-Washington) commended Ms. Su’s record as a winner for workers, urging Senators to confirm her into the position to build on the progress of the American Rescue Plan and ensure that the U.S. economy works for everyone. Chair Murray also affirmed she’d continue to fight to increase the national minimum wage, so ensure all employees have paid leave, and extend access to quality, affordable child care. Additionally, she encouraged her colleagues to guarantee all employees can exercise their right to join a union by passing the PRO Act and assist end office harassment by passing the Be HEARD Act, which she originally introduced in 2019.

HELP Committee Ranking Member Richard Burr (R-North Carolina) noted that the nation should not emulate California, criticizing Ms. Su’s document as California’s Secretary of Labor and her handling of country’s Employment Development Department (EDD). He said, “Over $11 billion and perhaps as large as $30 billion in fraud occurred in California’s unemployment system. Even death row inmates received unemployment checks.” Other Republicans joined him in criticizing the EDD’s record under her tenure. The Senate HELP Committee has not yet set a date to vote on Ms. Su’s nomination.

Age Discrimination Bill Introduced.
On March 18, House Education and Labor Committee Chairman Bobby Scott (D-Virginia) and Representative Rodney Davis (R-Illinois) led a bipartisan group in introducing the Protecting Older Workers Against Discrimination Act (POWADA), a measure to strengthen anti-discrimination protections for older workers. A 2009 Supreme Court’s conclusion in Gross v. FBL Financial Services, Inc.. Weakened protections against age discrimination under the Age Discrimination in Employment Act (ADA), requiring that plaintiffs show that age was the sole motivating factor for the employer’s adverse action. POWADA would emphasise the burden of proof with the same standards for proving discrimination based on race and national origin. A section-by-section overview of POWADA is available here plus a fact sheet here.

Registered Apprenticeship Programs.
On March 18, the Labor Department declared that the availability of approximately $87.5 million for grants to enlarge Registered Apprenticeships across the country. Up to $40 million of those funds in grants will be awarded to countries that implement required diversity, equity and inclusion efforts and establish their own dedication to embrace, expand and encourage these efforts. States can apply here, for grants ranging from $2 million to $10 million.

Labor Department Workforce Change.
Ms. Patricia Davidson has reportedly been rehired as Deputy Administrator for the Labor Department’s Wage and Hour Division. She made this place late in the Trump Administration after 30 years to get another Labor Department sub-agency. It’s unclear whether she returns to the branch for a career executive or continues to be converted to political standing. But her return is just another sign that the Biden Administration plans to restore an Obama-era strategy to wage enforcement, when employers regularly confronted double damages for offenses and were targeted for separate contractor misclassifications.