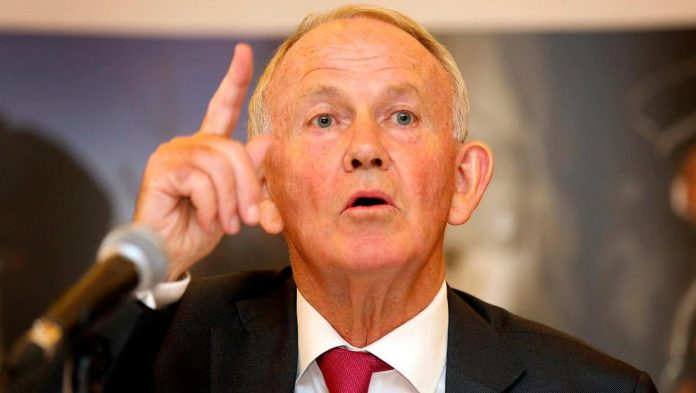 The High Court has denied an application to eliminate the two inspectors appointed to investigate and report on the events of Independent News and Media plc. The proceedings were brought on by Mr Leslie Buckley, a former manager and executive chairman of the corporation.

It had been argued that particular draft statements contained”errors” in the manner in which evidence was presented. As such, Mr Buckley reported that the files raised a reasonable apprehension of bias on the part of the inspectors, and they should be taken off.

In 2018, the then-President of the High Court, Mr Justice Peter Kelly, awarded an application brought by the Manager of Corporate Enforcement to appoint two inspectors into the affairs of INM. The investigation was to cover four topics, namely: the projected acquisition of NewsTalk, market abuse regulations, data interrogation irregularity as well as the deals of an independent review board.

Mr Buckley was the chairman of INM before March 2018 and was heavily linked to allegations of wrongdoing or impropriety in his management of the company.

In late 2019 and ancient 2020, the inspectors sent five draft statements that provided a narrative concerning the heart issues in issue in the case. It had been mentioned by the inspectors there was no real dispute regarding the proof in the case, although the parties were encouraged to identify any errors in the statements.

Further, each statement contained the caveat that the documents were summaries of their evidence and no decision had been reached by the researchers compared to disputed evidence.

Mr Buckley wasn’t fulfilled by the contents of the draft statements, claiming that the investigators had participated in a constant pattern of misstatement and misrepresentation of the evidence. He called upon the investigators to recuse themselves , when they refusedhe introduced an application in the High Court seeking their elimination.

At the High Court, Mr Justice Simons considered the allegations of bias that were alleged by Mr Buckley. It was noted that Mr Buckley was not producing the event of actual prejudice against the inspectors. Instead, it was alleged that the errors and errors that were created by the inspectors in the draft statements were of such importance that it would give rise to the reasonable apprehension of bias from an objective person. Therefore, the application was based upon objective bias.

The court also stated that it was important that Mr Buckley stopped short of saying the inspectors had made any predetermination in the circumstance.

The judge stated that Mr Buckley’s arguments were made difficult by the well-established field of case law which said that prejudice could not be inferred from a pattern of incorrect behaviour. Considering the principles derived from O’Callaghan v. Mahon [2007] IESC 17, the court noted that Mr Buckley was needed to show”the existence of something outside” into the decision-making process which grounded a claim of bias. The court stated that Mr Buckley didn’t point to any external aspect which revealed bias on the part of the inspectors.

The court stated that the A.P. instance was not pertinent to the current proceedings because, in that case, the court had ruled the predetermination wasn’t able to be inferred from the decision and behaviour of the decision-maker. Again,”something more is required,” the court said. In the current instance, Mr Buckley had adduced no evidence beyond the alleged mistakes in the statements to indicate prejudice on the part of the inspectors.

The court pointed out that Mr Buckley never in fact asserted that the inspectors had participated in predetermination of some of the issues contained in the statements. The court said this concession was nicely made in light of the fact that the inspectors had invited comments on the draft statements and indicated that revised versions would issue to correct any mistakes.

Mr Justice Simons held he would not take part in a comprehensive examination of the draft statements because this would infringe the rule in O’Callaghan that objective bias could not be inferred from errors in a decision. On the other hand, the court noted Mr Buckley was essentially trying”a root and branch examination of the inspectors’ job to date, including analyzing literally thousands of pages of transcript proof”.

Considering the conclusion of Mr Justice Nial Fennelly in O’Callaghan, the held that it was inappropriate to conduct a detailed examination of their statements because it would usurp the role of the inspectors in the case. It was noted that the analysis was still at an early period, together with cross-examination nevertheless to take place. A review of the documents required that the court”descending to the arena and assessing the very issues that the inspectors were appointed to investigate into”.

In light of the court’s findings, the court refused to remove the inspectors in the analysis. The court stated that the default position was that the inspectors had been entitled to their costs against Mr Buckley.