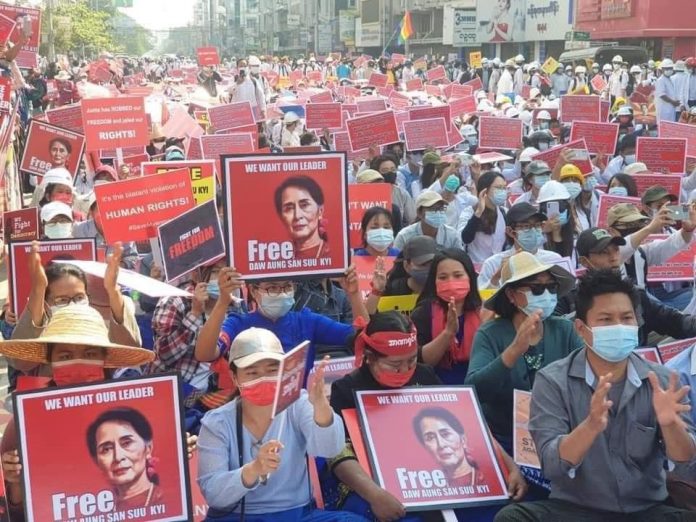 JURIST EXCLUSIVE — tens of thousands of citizens took to the roads at Myanmar back Monday to protest that the army coup that deposed civilian leader Aung San Suu Kyi on February 1, physically facing military vehicles shipped into several towns in advance of an 8-hour online blackout and defying newly-stiffened penal laws threatening dissidents with imprisonment. Protesters confronted off against massed army vehicles at several places, and in Mandalay among our correspondents said soldiers fired”indiscriminately” to split a demonstration Monday afternoon. Before, hundreds of college students sat at the streets of town in calm defiance of military authority.

With troops and army vehicles in the towns, the situation in Myanmar is shaky, and our correspondents say the military could possibly be trying to incite road violence which could provide the military regime that the excuse to crack down on the citizenry.

In fact, we’re so fearful. Nobody knows when they’ll shoot with the firearms… People are fearful of the soldiers nevertheless they pretend as though they aren’t afraid.