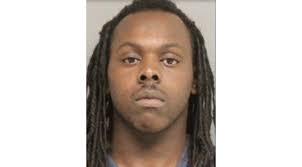 LINCOLN, Neb. (AP) — A federal jury has convicted two Lincoln guys of murder and other points from the 2018 deadly shooting of a female in the presence of her kids through a home-invasion robbery.

Tawhyne Patterson Sr. and Damon Williams were found guilty Friday at Lincoln’s U.S. District Court of murder when having a firearm during a violent offense, two counts of attempted interference with commerce by robbery and weapons counts, federal prosecutors said in a news release.

Prosecutors proved throughout their trial that Patterson and Williams were a part of a team that targeted a Lincoln house to rob in July 2018. Authorities said the robbers zip attached three kids in the house, including a kid on a sleepover. One of the robbers then shot Jessica Brandon, mom of 2 of those kids, after yanking in a stairwell.

Before this month, Dante Williams, of Omaha, pleaded guilty in federal court to aiding and abetting and 2 robbery charges because of his involvement in the prosecution

Patterson and Williams encounter life in prison if they are sentenced on May 21.