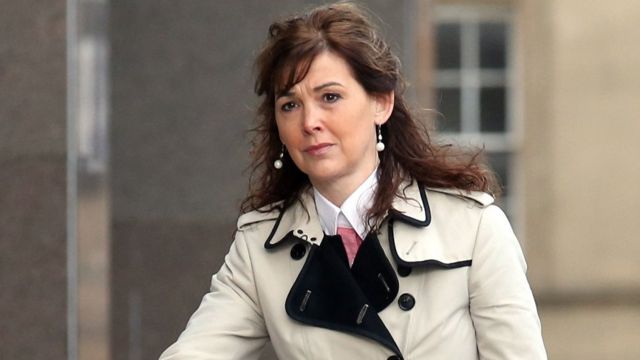 In case the Scottish Parliament approves the nominations, Ms Bain will substitute James Wolffe QC that will demit office once Her Majesty The Queen has signed the warrant appointing his successor.

The appointments will mark the first time both articles have been held by women simultaneously.

The office of Lord Advocate has come under intense scrutiny in recent weeks as a consequence of Mr Wolffe’s participation in the Salmond inquiry. A poll ran by Scottish Legal News found overwhelming support for splitting the office. As it stands, the role is functionally equivalent to those of director of public prosecutions and attorney general in other authorities.

The chance of the Solicitor General becoming chief legal adviser to the Scottish government was mooted.

Ms Sturgeon said:”Dorothy was the first woman to be appointed as principal advocate depute and has conducted many complex and high profile criminal prosecutions and appeals. She is currently counsel to the Investigatory Powers Tribunal in Scotland along with a serving seat of the Police Appeals Tribunal.

She was a valued member of Ampersand and we wish her well with her new role.”

Stable director, Susanne Tanner QC, included:”I send private congratulations to Dorothy on her appointment, in addition to celebrating her appointment on behalf of this stable. Together with her strong commitment to justice and empathy for all involved in the judicial procedure, I am sure that she will excel in her role as Lord Advocate.”

He explained:”I welcome the appointment of Dorothy Bain QC as Lord Advocate. Having worked with her for several years on behalf of their households of Sheku Bayoh, Katie Allan and William Lindsay I have found her to be an outstanding advocate, full of compassion for victims and driven by an unshakeable desire for justice.

“Ms Bain is highly admired across our legal system and widely known for her intellect and ethics.

“Many will regard the function as a poisoned chalice, but the Dorothy Bain everyone knows would not shy away from doing the right thing and will rebuild confidence in a custody support, where morale has been rock bottom for a while.

“Whilst it is an excellent loss to the profession to eliminate Dorothy into the Crown, I wish her all the very best.”

Ms Bain said:”I am honoured to be nominated from the First Minister to hold the office of Lord Advocate. I’m conscious of the responsibilities and importance of this role and, if appointed, will do my best to serve the people of Scotland.”

Ms Charteris commented:”I am really honoured to be recommended for appointment and, if approved by Parliament, look forward to working with Dorothy Bain.”