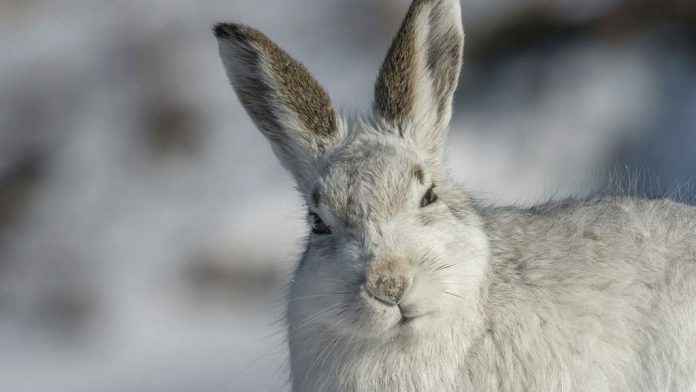 Charity for animal welfareOneKindConcerns have been raised about the new licensing guidelines for Scotland’s killing of mountain hares.

NatureScotThe public body responsible for Scotland’s natural heritage has published the mountain hare licensing program. It will be in effect starting 1 August.

OneKind stated that although it was happy with the licensing system, it is concerned about several areas in which the welfare of the Hares is not being prioritised.

OneKind DirectorBob ElliotHe said, “We are delighted that mountain-hares have been made a protected species. The introduction of a licensing system should ensure that landowners will not be able kill mountain hares in their own backyards.” OneKind opposes the killing of animals, but believes that if this must be done, it should be allowed only in exceptional circumstances.

“We are happy that NatureScot has stated that they won’t grant licenses to control tick-borne diseases. This was the main reason for mass killings of mountain Hares on grouse Moors (despite the fact that there is no scientific evidence that hares spread disease among red grouse).

“Licence applicants will be required to submit a detailed herbivore control plan, complete with evidence to show that mountain hares have caused damage to the area and that there are no hare population declines in the area. We believe this will deter fraudulent and frivolous applications.

To address the weaknesses of the licensing system, Mr Elliot said: “The most common way to kill mountain hares with a licence will be shooting. To avoid suffering, we asked NatureScot for a requirement that anyone who shoots hares must prove they can do so.

NatureScot was not happy, despite the Scottish government introducing a competency requirement to shoot deer. This type of provision should be made for deer welfare, but there are no scientific or logical reasons why it shouldn’t be for other species.

“We are also concerned about the licensing scheme that has allowed falconry to be used as a method for killing. It is cruel and inhumane to use falcons to kill hares. This method is also inefficient, so it begs the question: could they be using it for their own pleasure?

“In addition, those who wish to protect young trees were exempted from the requirement to submit mountain hare populations data in order to obtain a license (which is likely to make up the majority of the licenses granted). NatureScot made this exemption, despite widespread agreement from stakeholders that the requirement for population data should be a major licensing requirement.

“NatureScot is going to keep the licensing scheme under review through at least 2024. We will continue to push NatureScot to strengthen this scheme and monitor the killing of hares.