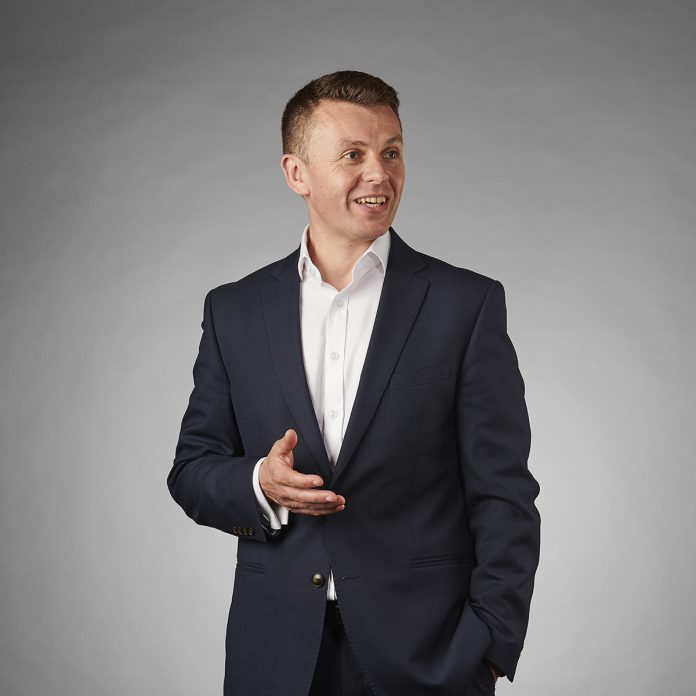 Colin Hulme has been running Burness Paull’s IP practice for over two decades. He is very familiar with protecting his clients’ intellectual property rights. He knows there are still many things he can do to improve his skills, so he is trying a knock-and-talk approach to rights enforcement.

He says, “It’s an innovative thing that I don’t believe has been done before in Scotland.” “We knock on the door of the infringer and hand a letter to them with the intention of engaging. They won’t even read a six-page cease & desist letter if you send it. Engage, tell them why this is a problem and what you need to do.

According to Mr Hulme, the ultimate goal is to find solutions to disputes that don’t need to be resolved in court. He represented William Grant & Sons, a discount supermarket Lidl that was selling a gin with a striking resemblance of Grant’s brand Hendrick’s. However, he believes court action should be considered a last resort.

He says, “There is a chance that you send the wrong mail to the wrong person” and then they post it on social media. Rights holders could be embarrassed for trying to enforce their rights.

“But, I’ve also seen rights owners who believe they can bully people into submission. That’s not okay.

“Plenty of times, I’ve been told and the client says “this won’t work out well, let us just let it go”, or they’ll adopt a soft approach. They may give the infringer licenses, even free ones, so that they can manage it in a controlled manner. They might tell the infringer that they won’t be doing it next year if it’s a pop up shop so they have one year to stop.”

He says, “They’re selling cloth that was hand woven in their homes by islanders all over the world.” It’s high quality cloth, but it’s the brand with the intrinsic value. It could be copied, but people buy it. It’s interesting to note that 1906 was the year that a group of people met in Stornoway to discuss the possibility of registering a brand. However, even these folks are aware that they could be perceived as heavy-handed.

Hulme reflects back on his career and says that he started in the recessionary 1990s. He was fortunate to get a training contract with now-defunct Semple Fraser. He is from Northern Ireland and has no connections to the legal profession. However, he believes that he could have never been interviewed at the firm had it not been for a misinterpretation of his CV.

He recalls that he was passionate about kayaking and canoeing, and had previously mentioned that he competed in canoepolo. “The interviewer asked me where I kept my horses. I have always wondered if this is how I got my interview.”

The traineeship was not only “old-school”, but the hiring process was also. Mr Hulme was prepared to dedicate himself to the job to succeed. Although he insists that it is important to have more egalitarian hiring practices, and a greater focus on work-life balance, Mr Hulme states that Semple Fraser was still an “amazing place to train”.

He says, “I was in Glasgow and all that I wanted was to work and learn how to become a lawyer. It was amazing,” he said. “I took one-day off, and had to work late into the night just to clear everything. But there was so much buzz around the place. They were all so hard working and driven that I wonder if the trainees might be missing out. Although I don’t know the best way, I believe there is a benefit to doing it that way.

After qualifying, Mr Hulme stayed with Semple Fraser for a full year before moving to Dundas & Wilson – which was then part of the Andersen Legal network – “for the money.” He admits that it was a mistake in hindsight.

He says that Andersen Legal was trying to take over the world. They sold the dream that anyone could travel the globe and work anywhere. It was a very hostile corporate culture, which I did not like. It didn’t feel like a traditional legal firm and I didn’t find it collegiate.

In 2001, Mr Hulme quit Andersen Legal. He was not too long after the network began to crumble. However, he had been persuaded by Philip Rodney, then its litigation head, to join Burness, a legacy firm. He says the attraction was immediate and he has not looked back.

He says, “They were hiring lots of people and we just clicked immediately.” “I knew that this was the place I wanted to be. Philip asked me how I was doing a few months after I joined and I replied that I could work my whole career at this company. It was great because of the collegiality.

“One reason I left Andersen Legal is that I was at the reception of the Glasgow office. There were people from the Edinburgh office, but they didn’t know each other.” Although we are bigger now than we were back then, I believe we have preserved a lot of our culture.”

Twenty-five years later, despite his initial intention to join the firm to help with a long-running financial dispute Mr Rodney was handling, Mr Hulme built an IP practice that is highly rated by directories like Chambers & Partners or the Legal 500. He says it was more accidental than planned.

He says, “We did some IP work back then, but we didn’t have an IP practice. I had an interest in it.” “Back then, we were involved in domain name disputes as people just discovered that it was possible. It was thrilling, new, and challenging. That’s what got me interested in it. It was the most rewarding part of the practice that I have ever worked on.

After building that practice, and despite his belief in litigation as a last resort to resolve disputes, Mr Hulme has been focusing on the creation of a Scottish IP court. He presented a proposal to Scotland’s Civil Justice Council last year, which included Usman Tariq, an advocate who worked on the Hendrick’s Gin case. It proposed a court with one specialist judge, and costs that would not exceed PS50,000. The ultimate goal was to prevent Scottish cases from being heard in other jurisdictions. The plans were put on hold by Covid but Mr Hulme is optimistic that they will come to fruition one day.

He says that the Intellectual Property Enterprise Court in England is so successful because a lot of effort and energy has been put into it. “We are going to take the best of that and combine it with the best parts of our system to make that happen here. It will happen. I am optimistic, but disappointed it won’t this year.